The winters in the Netherlands can be pretty dark. You could sleep just through the winter or go to Spain on holiday.
If you don't have that options the next logical thing to do is, make a daylight lamp :-)

If some one is interested in were I optained the parts or another question let me know. After using some tests setup I managed to burn out the red color of a rgb led.
I found out that the rgb controller wasn't stepping down the voltage and red needs 16-18v Blue and Green 24-28v. 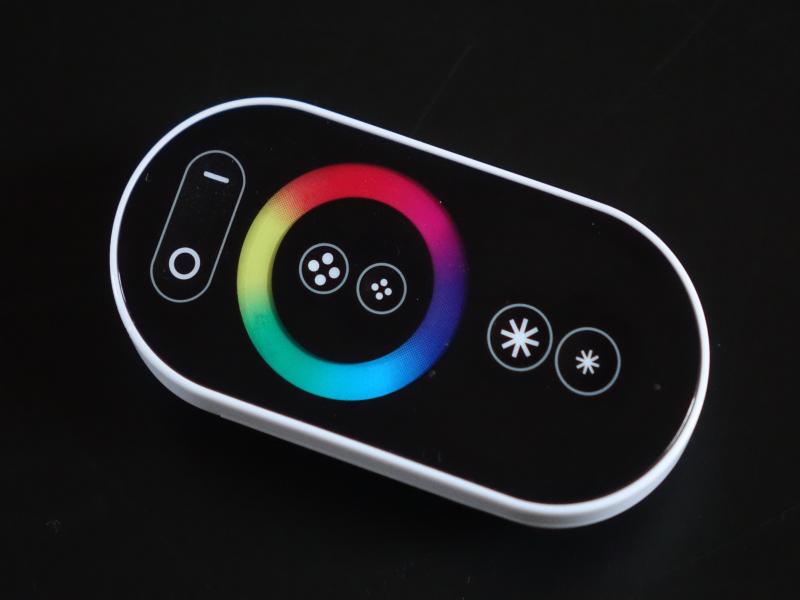 So I added the power resistor to lower the voltage on the red color of the rgb leds, 7 Ohm drops the voltage about 8 volts.
Red is running at 16 volts and still going strong.

Another thing was the heat dispensation while being more power efficient then light bulbs, these power leds still produce a lot of heat.
RGB led is giving 0.30W/W so around 0.70W heat is produced for every 1W power put into the leds.
That is about 30% efficiency for leds against 5% for traditional light bulbs.
Having a power supply of 156W it produces at full power of 109W of heat. This is average dispensation and depends on the color usage of the rgb led.

This table is copied from a wiki page about led

I started with two pw leds and to get ride of the heat I tried using a cpu cooler with a fan. But that resulted in fast overheating and burning of my fingers.
To terminate this problem I searched for a low budget solution, something big, nice enough to put in the living room.
At the local cooking supplies shop I found a aluminum baking tin with non-stick coating. Nice :-) In the picture above on the left you see the four power leds with two extra reused cpu coolers. On the right you see the rgb controller,the power resistor and some quick assembly ;-)
The wire used is old power wire from the power supply of a pc.

This baking tin is giving enough cooling surface for normal lighting levels in my living room of 32M².
At 30W there is enough light to read in every corner of the room. During the day when it's dark and rainy I'm running it at 40W to compensate the lack of daylight.
This setup never runs at the full power of 200W this because of the powers supply, when running at full power the cooling surface isn't enough and in 15 minutes it running really hot.

But full power isn't needed even at the lowest settings you can't look directly into the leds. And during operation I only exceeded the 60W when I want to show of my lamp :-) 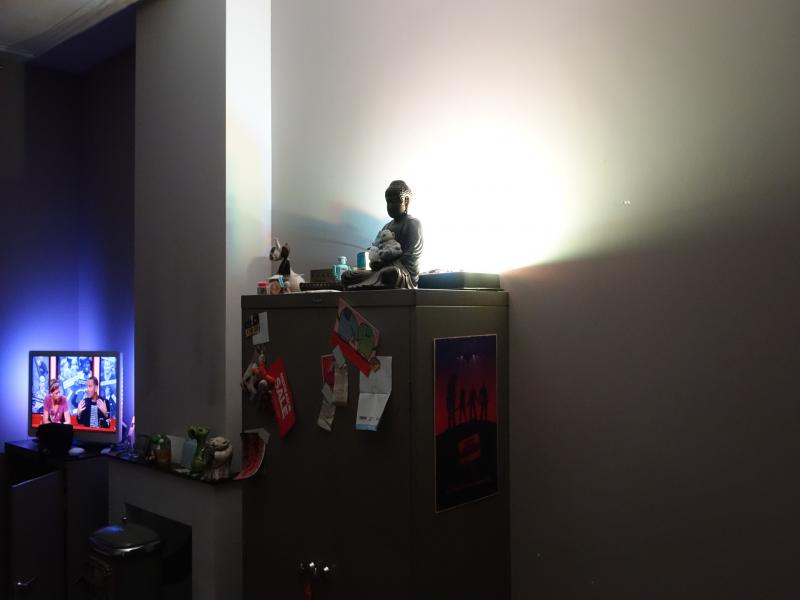 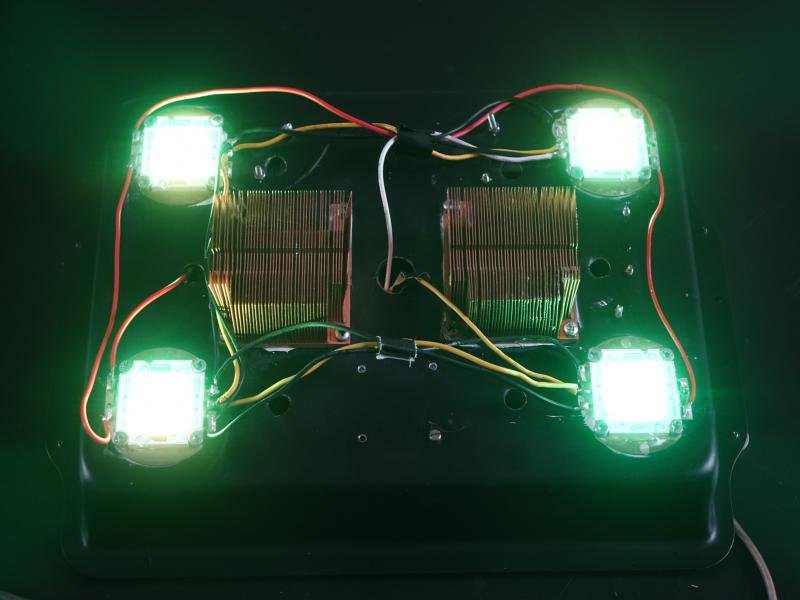 Below you see the power supply, this is a separate unit in a wooden box with some ventilation holes.
A nice feature is the colored light, in the morning I use orange light to make waking up something easier. 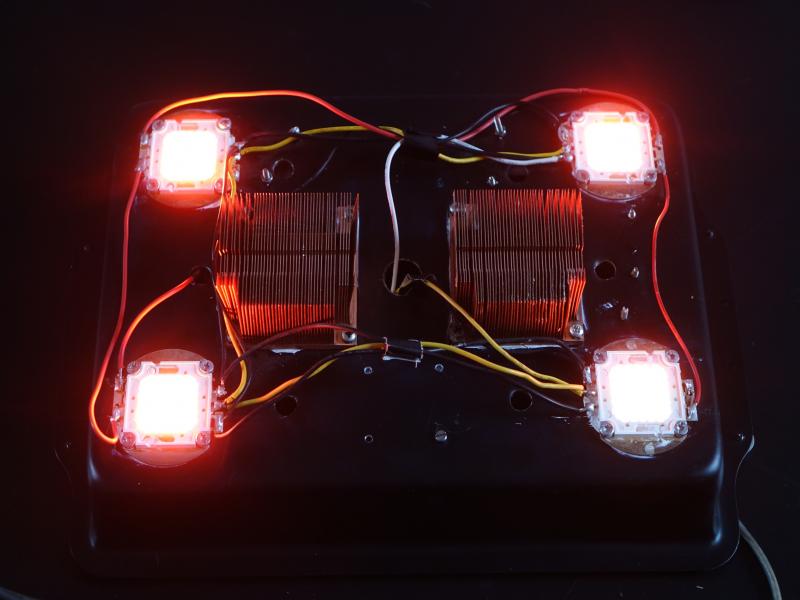 This unit is running for a year now and is very successful. The daylight compensation in the winter is really working and blends really nice in with the daylight.
The power saving is really nice, it came down from 100W to average 30W to light the whole room.

When you are inspired nice :-)

But here come some warnings this is an experimental setup and it can not run unattended!
And there is a serious risk of electric shock, burns, damage to your eyes and a fire hazard! 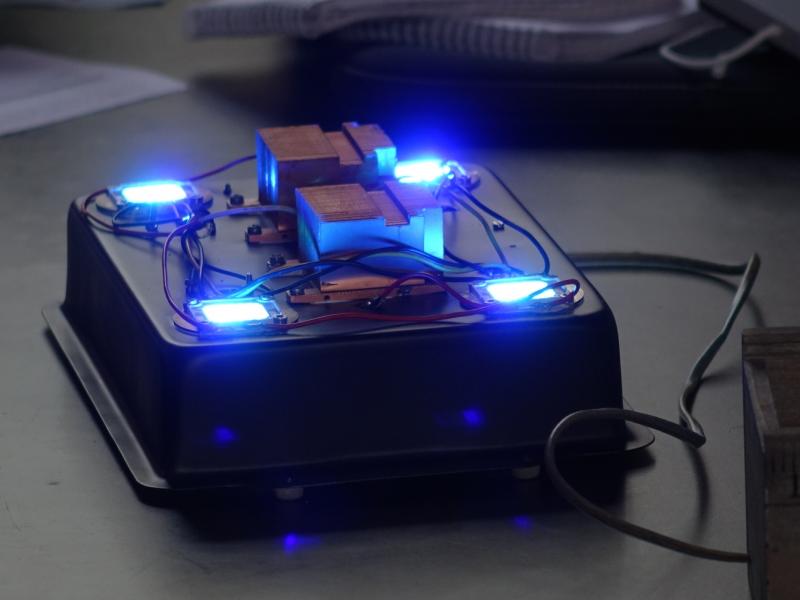